Tribute to the Principal of MNS Clonskeagh 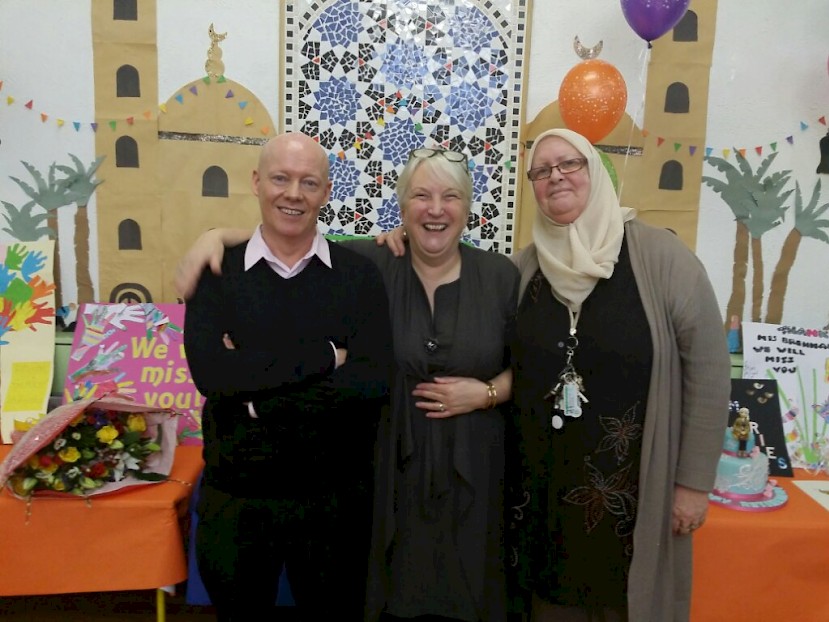 The pupils and staff of the Muslim National School (MNS) Clonskeagh threw a surprise farewell party to Mrs. Brennan, upon her decision to retire after 24 years of dedicated service.

Pupils' presentation programme, spearheaded by the Vice-Principal, Mr McCarthy and supported by all the teachers in the school, treated Mrs. Brennan to an amazing selection of poems, songs, handcrafted farewell gifts and general cheer in front of a fully packed assembly hall.

Mrs. Brennan was one of the longest serving teachers of the MNS, which was founded back in 1990, after being officially launched by then President of Ireland, Mrs. Mary Robinson.

During her time in the school, Mrs.Brennan has steered and promoted many initiatives, supported both her pupils and teaching staff while always being available to the parents too. She will be greatly missed by all her past and present pupils, staff, colleagues, parents and the Muslim community as the whole and she will be fondly remembered for all her love, compassion, support, guidance and an always cheerful smile.

 Home News Tribute to the Principal of MNS Clonskeagh