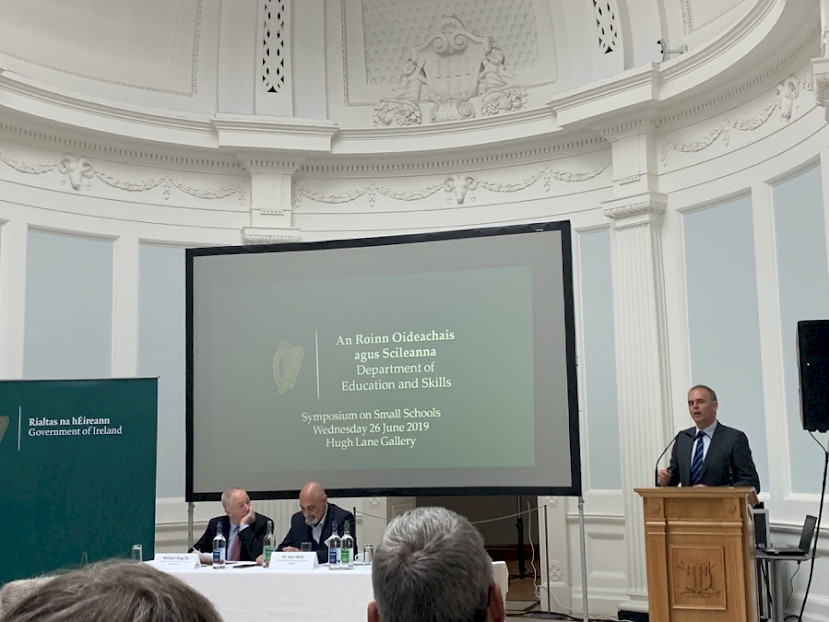 MPEB representatives, the Secretary-General Shaheen Ahmed and the Board members Mr. Irfan Hameed and Ms. Fardus Sultan, attended the Department of Education's Symposium entitled “Towards a policy for small schools: strengthening and supporting small schools” held on Wednesday 26th June 2019 in Dublin.

The Symposium was attended by the representatives from Government, patrons, management and representative bodies and unions as well as the Minister for Education and Skills, Joe McHugh T.D., and the Minister for Community and Rural Development, Michael Ring T.D. in a bid to tap in to the knowledge of those with experience of life in a small school.

The symposium was organised on the foot of discussions at the Primary Education Forum, which was established to facilitate the exchange of information between the Department, agencies, teachers, school leaders and managers and which the MPEB regularly attends.

Following the opening remarks by both ministers, presentations were made on behalf of the stakeholders in attendance.  The speakers address the at issues around school governance, compliance and protection, appropriate development and progression supports for teachers and pupils’ access to a well-rounded education.

They also shared their perspectives on the opportunities and challenges of the small schools as well as proposed ideas for sustaining and growing these schools.

The afternoon part of the symposium was assigned for round table discussion where a considerable time was given to attendees in order to discuss key issues and possible supports for small schools.

Following the work on the symposium, it is intended that the discussion will continue at the Primary Education Forum, which will then inform policy development by the Department of Education and Skills over the coming months.