Historic reform of primary school admissions by the Minister 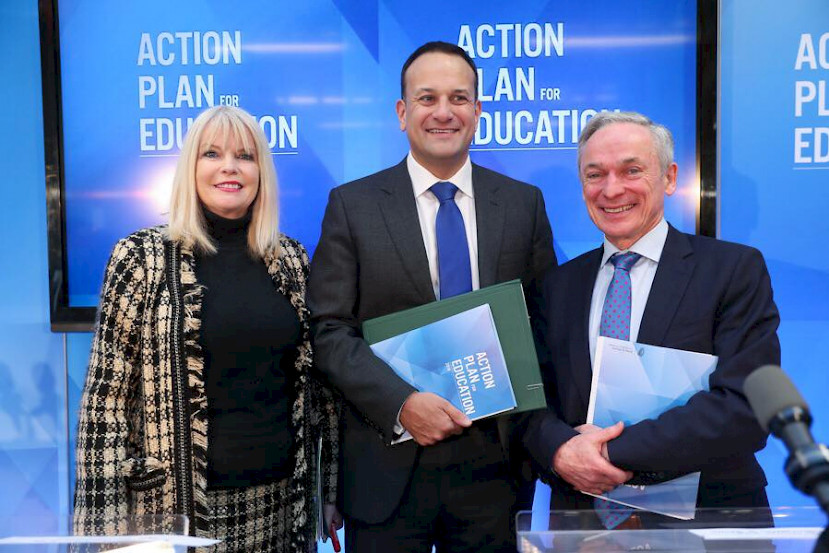 Oversubscribed primary schools will not be allowed discriminate on the basis of religion, minority religions protected

The Minister for Education and Skills Richard Bruton T.D. has published today (Wednesday, 9th of May 2018) three Report Stage amendments to the Education (Admission to Schools) Bill 2016 which will have a historic impact on how children access their local primary school.

Today’s announcement fulfils a key action in the Minister’s Action Plan for Education, which aims to make Ireland’s education and training service the best in Europe by 2026.

The amendments, which were approved by government on 8th May 2018 will make important changes in three key areas by:

c) Providing for the Minister to require a school to open a special class for children with special educational needs, where the National Council of Special Education deems it necessary.

The role of religion in admission to primary schools

This amendment seeks to meet the needs of all parents in a fair and balanced way.

“While 90% of our primary schools are of a Catholic ethos, recent figures show that over 20% (and growing) of our parent-age population is non-religious. In addition, recent marriage statistics for 2017 show that only approximately 51% of marriages occurred in a Catholic ceremony”

The amendment being published by the Minister today will remove religion as a criterion which can be used in school admissions in over 95% of our primary schools. Under the proposed new law, there will be a protection to ensure that a child of minority faith, can still access a school of their faith.

Schools that are not oversubscribed must continue to accept all applicants, regardless of religion.

This amendment to the Education (Admission to Schools) Bill 2016 will allow Irish medium schools (where it is their policy to do so) to give priority in admission to students who have a reasonable age appropriate level of oral fluency in the Irish language, where such fluency would be at risk of regressing if the student were not admitted to an Irish medium school.

Under the amendment such schools will be required to take into account whether a child has a special educational need in the context of determining what a reasonable age appropriate level of Irish for that child would be.

The amendment provides that the applicant (parent) must provide evidence to the school to show that the child has a reasonable age appropriate level of oral fluency.  The parent has a choice as to the evidence he or she wishes to provide. They can for example, if they wish, provide a video recording to demonstrate the child’s fluency. Some parents may prefer to attend the school for interview and that will be permitted.

This amendment will give the Minister the power to compel a school to open a special class or classes where the National Council for Special Education has identified a need for such provision within an area. This will complement the provisions already included in the Bill which will provide for a situation where a child with special educational needs cannot find a school place, and allow the National Council for Special Education to designate a school place for the child

The Minister said that “This government is committed to ensuring every child with special educational needs has the opportunity to fulfil their full potential. In 2018, almost €1.8 billion is being invested in Special Education, nearly one fifth of the overall Education budget, and up 43% since 2011.”

The Minister also announced that he would, once the Bill is enacted, quickly commence the provisions published today in relation to the role of religion in school admissions and a power to open a special class so that they would apply to children entering school in the 2019/2020 school year. The provision in relation to the Irish language will enter into operation once the Bill is fully commenced.

The Minister published the Education (Admission to Schools) Bill 2016 on 6th July 2016.  The Bill aims to introduce a more parent-friendly, equitable and consistent approach to how school admissions policy operates for the almost 4,000 recognised primary and post-primary schools in the country and to ensure a fair and balanced school admission process for all pupils. The main provisions of the Bill include measures to:

The Bill passed Committee Stage on 28th June 2017 and will now shortly proceed to Report Stage.

a) The role of religion in admission to primary schools

(a) The role of religion in admission to primary schools

The proposed amendments will involve amending Section 7(3)(c) of the Equal Status Act 2000.

Under the approved amendments, a recognised primary school will be in contravention of the Equal Status Act of 2000, if it has as part of its admission policy a criterion that gives a preference to applicants of a particular religion or denomination.

The amendments will however allow a student from a minority religion to seek admission to a recognised primary school that runs a religious instruction or religious education programme that is the same or similar to the religious ethos of the student concerned.  In that regard, the amendments will provide that –

The aim of the amendments is to ensure that an individual of a minority religion can find a place in a school that is aligned with their religious beliefs. A school will be permitted to admit a student on that basis but will not be compelled to do so. It will be a matter for the school to admit a student in accordance with their admissions policy and the Act.

This approach which aims to help ensure that students from minority religions can gain access to schools that provide for the religious instruction or education of the student is consistent with the legal advices provided by the Office of the Attorney General. The legal advices take into account constitutional issues that arise in providing specific protections for children of minority religions.

The proposed amendments will ensure that schools that provide an education through the medium of Irish can, if they wish to do so, include in their admission policy a selection criterion that gives priority to the admission of a student who has, taking into account any special educational needs of the student, attained a reasonable age appropriate level of oral fluency in the Irish language and where that student’s fluency would be at risk of regressing if the student was not admitted to an Irish medium school.

This approach recognises the difficulties that applicants may experience in accessing the small number of schools that provide an education though the medium of Irish particularly at second level. It is not desirable in public policy terms to unintendedly limit the opportunities of students who have attained a level of proficiency in the Irish language from continuing their education through the medium of Irish. The amendment seeks to ensure that such students can be given a priority access to such schools and prevent any risk of regression in their capacity to speak the Irish language.

Under the proposed amendment, a decision by the school to admit a student on this basis will be confined solely to the evidence that the applicant elects to submit as part of his or her application. A school cannot insist on an interview or an assessment as part of this process. This approach is consistent with the general public policy aims of the Bill to prohibit the use of interviews or assessment of academic ability or aptitude in school admissions. However an applicant can elect to demonstrate the level of reasonable age appropriate level of oral fluency of the student if he or she so wishes by confirming that the student is available to attend for an interview or meeting with the school for this purpose.

(c)  Providing for the Minister to require a school to open a special class for children with special educational needs.

The proposed amendments will provide the Minister with a power to require a school to make additional provision of education for children with special educational needs. This would involve the opening of a special class or increasing the number of special classes in a school based on a recommendation from the National Council for Special Education (NCSE). Under the amendment, exercise of this power will be preceded by a number of steps to allow for engagement between the Minister, the NCSE, the board of management and Patron of a school.

This provision is required to ensure that where there is a gap in provision for the education of children with special needs, as identified by the NCSE, and no school is willing to make such provision available, the gap can be addressed effectively by the issuing of a direction by the Minister to the school. The direction will require the school to make additional provision for the education of children with special educational needs. This process once initiated involves a number of stages to allow for appropriate consultation with the schools in question and for opportunities for written representations to be made to the Minister within defined timeframes.

The provision will apply to all schools recognised under the 1998 Education Act, including fee charging schools.